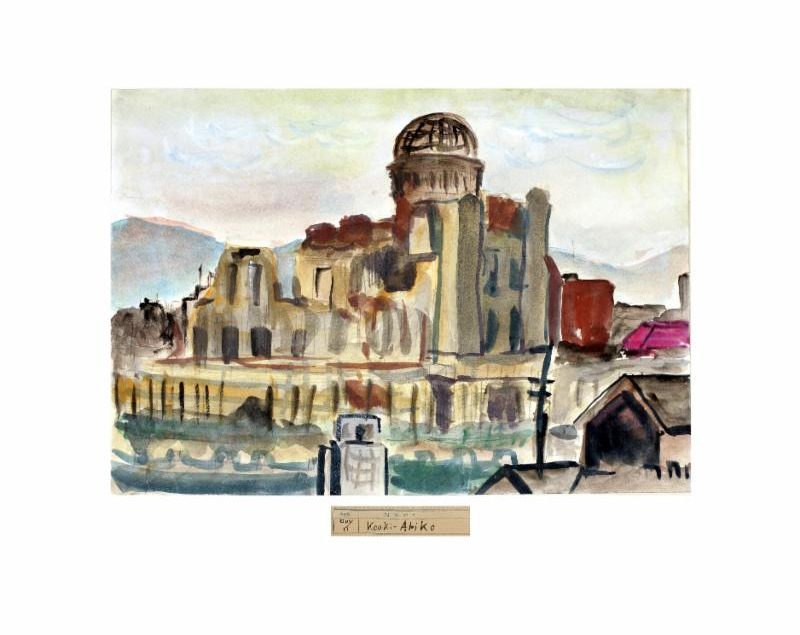 We are honored that America’s foremost authority on African American Art, Dr. David C. Driskell, will lend a set of The Hiroshima Series suite of prints to the church for a weekend set of activities at All Souls Church, Unitarian of Washington, DC.  In every  social justice movement in our nation, ASC, its pastorate and its congregation, have been at the center of thought leadership and boots-on-the-ground activism. From desegregation of lunch counters in DC, to establishment of the first integrated boys and girls club, and the first integrated music center, to the venue for dissemination of posters for the March on Washington, amongst many others, the ASC ministry for hope, the primacy of love, and foundational empathy and compassion define their principles.  The program on December 3rd at the church will feature special music composed around “The Hiroshima Series”.  The All Souls Church Heiwa Peace Pilgrimage will have just returned from Japan and will share the relationship between ASC and our sister congregation, Rissho Kosei-kai.  MAS member Mel Hardy serves as co-curator of the Hiroshima Children’s Drawings, which will also be on view at the church for the event.  In the environment in which our world finds itself, with discussions of nuclear matters in North Korea, Iran, the nuclear weapons states and the nuclear umbrella states, the passage of international law this September at the United Nations banning the use of nuclear weapons, and the bestowing of the Nobel Peace Prize on ICAN (International Committee for the Abolition of Nuclear Weapons) reinforces our creative class work to imagine and work for a world without nuclear weapons.  We honor Jacob Lawrence, called in 1941 “America’s Painter”, for his gift to us in his great bodies of work, including “The Migration Series” and “The Hiroshima Series”.  Check the All Souls Church website for more information.